Painful progress on my book

When I last wrote about progress on my book, Melbourne’s Sculpture it was the end of March. I am now three months behind schedule with my book.

Progress of the book has been slowed with getting better photographs than the ones I’d taken, mine weren’t really up to scratch for publication. I never really thought of myself as a photographer and I knew that my photography was the weakest part. I should have asked more questions about it and read the camera manual. 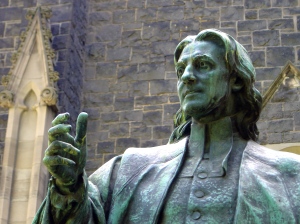 There has so many lows, more pleas for help on windy winter nights, so few highs recently (some great sculpture exhibitions at RMIT, Callum Morton at Anna Schwartz and Inge King at the NGV) and far too much waiting. It is hard to be patient and anxious at the same time. Waiting can be horribly distressing and at time I felt I was being drip fed hope. The street artist, Mal Function who makes those little gremlin heads finally read and replied to my email six months later but not too late as it happens.

I didn’t feel like writing my blog during this time; too uncertain of what the future would bring, too something. It is an odd feeling because the fate of the book was no longer in my hands. It was a good experience editing with Chloe Brien the book. Everyone is doing a wonderful job holding it together around me, the publisher, David Tenenbaum has been patient, my wife, Catherine and especially my old friend, Paul Candy who had been most helpful when exactly when I needed it. Lots of thanks; I must rewrite the acknowledgements for the book.

The book will now have photographs kindly supplied by the City of Melbourne, ConnectEast, State Library of Victoria and several photographers. More thanks.

Amongst the photographers I actual meet Matto Lucas. I had seen some of his work years ago but I had only met him virtually a few weeks earlier; his Facebook post are are often a work of art. I’d also seen his photography in his blog the Melbourne Art Review.

None of the photographs in this post will appear in the book. 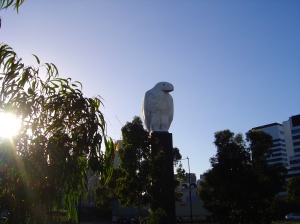 Writer, independent researcher and artist, Mark Holsworth is the author of the book Sculptures of Melbourne. END_OF_DOCUMENT_TOKEN_TO_BE_REPLACED
This entry was posted on Monday, June 30th, 2014 at 10:51 PM and tagged with La Trobe University, Matto Lucas, Melbourne, Melbourne Books, Melbourne City Council, Paul Montford, photographs, sculpture and posted in Blogging, Public Sculpture. You can follow any responses to this entry through the RSS 2.0 feed.
« Lead Figures (Games and Art)
Stencil Festival to Sweet Streets »

4 responses to “Painful progress on my book”