I was intrigued when I saw a couple of these notes from the train, travelling past them at speed I couldn’t be sure of what I read. I knew that there were probably more and so I rode my bicycle along the Upfield bike track to photograph as many as I could find in Brunswick. 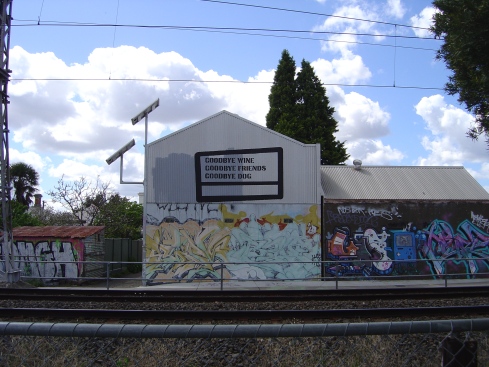 The more of these messages that I saw the less interested I became. Soon it wasn’t as interesting as some of the graffiti and street art that I was seeing.

What is it? Why is it there? It wasn’t graffiti because there was no tag and the stencilled letters had no calligraphic quality. It had no obvious appeal or charm so it wasn’t street art. Therefore it had to be contemporary art, or, maybe post-graffiti, if there is a difference.

Why it was there became obvious when I saw the MoreArt 2016 program. Train Lines is the creation of interdisciplinary artist writer and director, Marcia Ferguson is the artistic director of the Big West Festival. Ferguson intended Train Lines to be a poem based in interviews about the use of the Upfield line as mortuary transport to Fawkner Cemetery. Again you would have to have read the MoreArt’s program to know any of that.

It reminds me that in all its years MoreArts has never come to terms with exhibiting in the same areas as graffiti and street art. Existing in their own conceptual bubbles, each competes for attention without acknowledging the existence of the other. There are so many groups competing to use areas along the Upfield train line, see my blog post from earlier this year.

Ferguson’s Train Lines has the quality of what Alison Young what calls “streetness”: “a quality whose importance derives partly from the fact that the street does not provide passers-by with details of authorship that we take for granted in a gallery.” (Young, Street Art World, 2016 p.35) However, Train Lines is not street art.

An early example is Christo blocking a small street in Paris with oil drums, Wall of Oil Barrels – Iron Curtain on June 27, 1962. It was a protest against the Berlin Wall that had been built the year before. If you look carefully at Jean-Dominique Lajoux photograph of Iron Curtain you can see that the street that Christo and Jeanne-Claude used has graffiti on its walls.

“Streetness” or urban locations for contemporary art is it a difference of competing ideas and intentions rather than one of style? 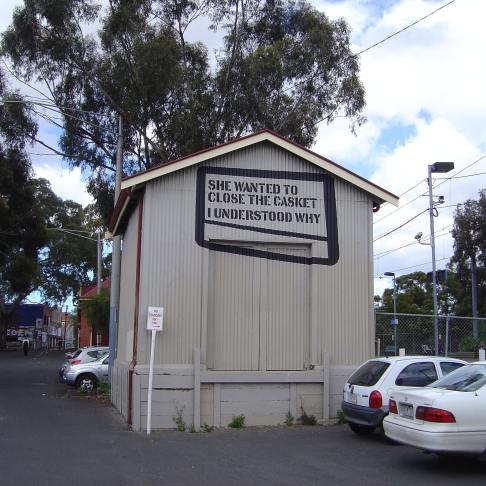 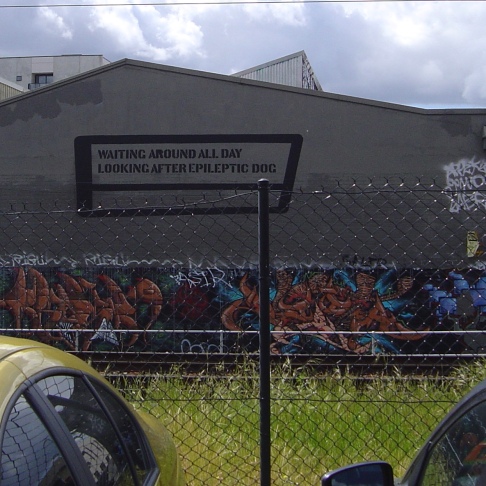 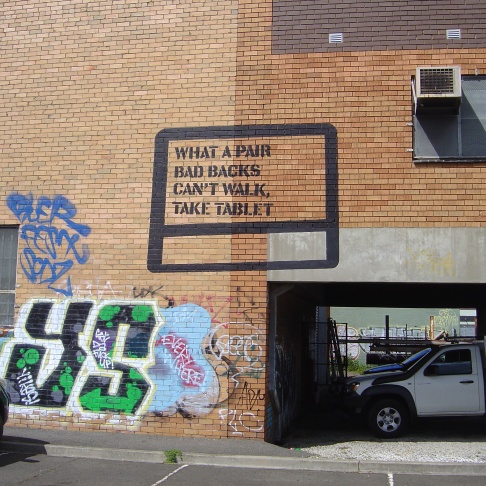 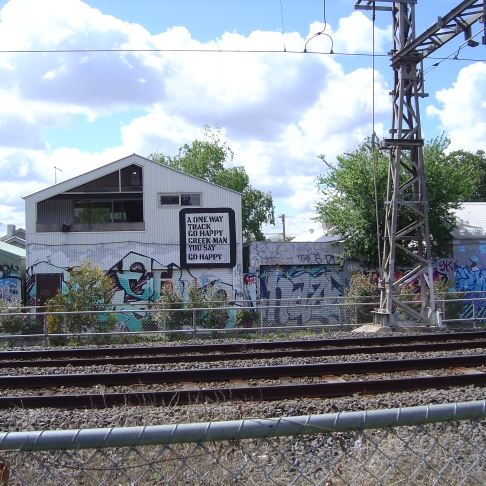