A century ago, in 1918, a local reporter reviewed a 14 year-old Salvador Dali’s first group exhibition in the vestibule of the Teatro Principal (now the Teatre-Museu Dali) in Figueres. The reporter wrote of Dali: “He will be a great painter”. (J.L Gimenez-Frontin, Teatre-Museu Dali, trans. Anthony John Kelly, 1999, p.12) 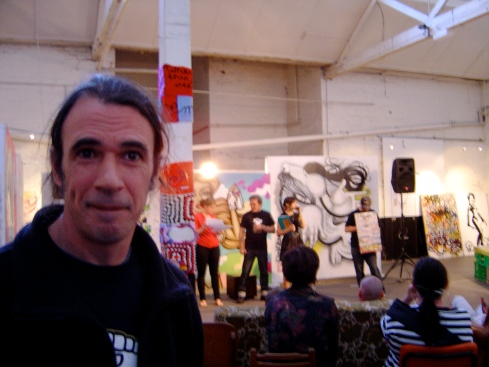 A century ago, in age of multiple daily papers, there was a lot more room in the papers for regular columnists and reporters who covered a particular beat. The recent decline in newspapers is generally blamed on the internet but would it be more accurate to blame hedge funds? Still only a very local paper would write about a group exhibition with a 14 year-old artist in it.

Maybe that unnamed local reporter wrote that about every young artist he saw hoping that history would remember his one success and forget the many failures. Maybe the unnamed reporter didn’t exist but is a figment of Dali’s self-mythologising. Still I want to be that reporter.

It is now eleven years since I started writing this blog. Eleven years of hoping and trying to be that reporter. The vainglorious aspect of this quest is tempered with the knowledge that arts writers, especially reporters and bloggers, are currently amongst the least powerful people in the arts world. Still I think that it has been about the best use of my time as I could find.

The role of a blogger is not central to visual arts or culture. I suppose it depends on how you want to rate John the Baptist; there is a heresy that claims that he is more important than Jesus, the Johannite or Mandaean heresy, and Tom Wolfe claimed the similar thing about art critics in his 1975 book The Painted Word but I don’t believe him. The quality of the role of the art critic is as debatable as is the quality of any part of art and culture.

I to want to continue to provide a view of Melbourne’s visual arts and other aspects of culture. This view is different from connoisseurship, the refined appreciation built up from obsessive repetition and a fandom experience that is over-explained and over-valued. Rather I hope to write about an exploration of the variety, an understanding based on analysis of a larger sample. I want to cast a critical eye on the whole for Melbourne’s visual arts from the major galleries to the ARIs and alternative spaces, from public sculptures to the street art, from art history to fashion.

Perhaps that is more than the un-named reporter a century ago aspired to with his review of Dali’s exhibition but it is right for me.