You are here, wish you were there

I didn’t expect to see Godzilla in Tokyo. On my recent trip to Japan; I encountered Godzilla, a bit of graffiti and a few art galleries. 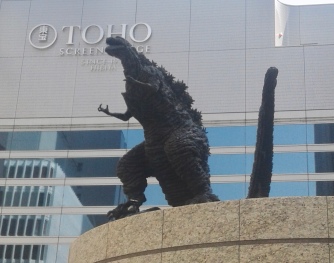 The statue is based on the film “Shin Godzilla” released in 2016 and had just been installed when I first saw it in March. It is the second Godzilla sculptures in the square; the previous statue, from 1995, was modelled after the original 1954 Godzilla. It is not monstrous, the statue measures about 3 meters in height, which seems small for Godzilla. It is located in Hibiya Godzilla Square where Toho Studios, who made the Godzilla movie, was founded. And it, stands next to a booth for buying cinema tickets.

“This statue contains the surviving final version of the shooting script and storyboard from Godzilla (1954). Here resides the soul of Godzilla.” The statue’s plaque states along with: “Man must live with Godzilla – Rando Yaguchi Unidentified Creature Response Special Task Force Headquarters” It is the first sculpture based on a movie that I have seen but as the quote from the movie script argues we have to learn to live with monsters. (“He who fights with monsters should look to it that he himself does not become a monster.” Nietzsche, Beyond Good and Evil, aphorism 146)

I almost always write a post about what street art I saw on my holiday (see my posts on Athens, Dublin and Korea) only I didn’t see much Japanese street art or graffiti. I was expecting to encounter some along the streets or lanes or along the rail corridors but I didn’t see enough to write a blog post about. Nothing that was even worth a photo: a bit of tagging, a paste-up and even a small piece of yarn bombing.

I did see several art galleries in Japan from the elegant contemporary, Museum of 21st Century Art in Kanazawa to the Sumida Hokusai Museum, the most unergonomic museum that I’ve ever visited (both C and I came out with aching backs from leaning in to see the prints). I have already written about some of the exhibitions that I saw in one post about sakura influenced art in Japan. I don’t think that I will be writing anymore as writing blog posts was way down on my list of priorities in my travelling to Japan. 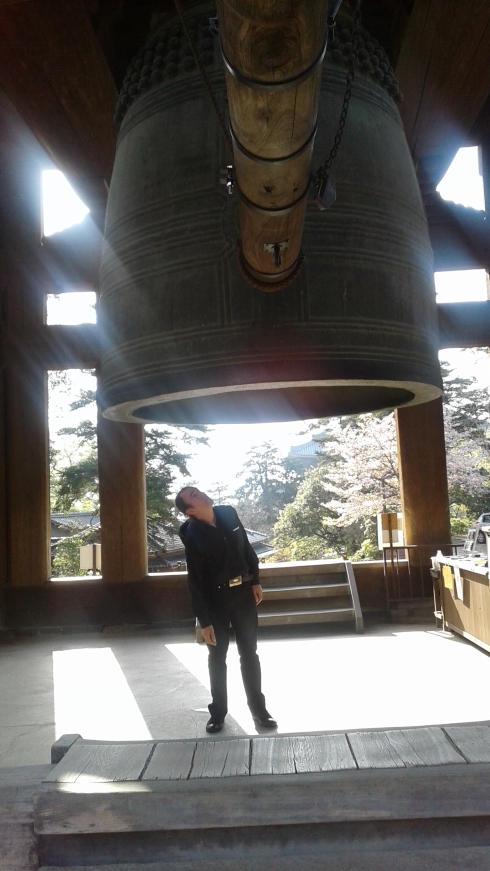