Protesting at the NGV

In Extinction Rebellion’s most recent exhibition at the NGV, two activists glued their hands to the bulletproof acrylic covering over a Picasso painting, Massacre in Korea. (See the ABC News report and read Dr Catherine Strong, a spokesperson for Extinction Rebellion on the reasons for the protest.) It is part of a tradition of protests at the gallery that goes back to Ivan Durrant’s Slaughtered cow happening in 1975.

Hijacking a state-owned platform to make an emergency broadcast about the climate catastrophe seems fair. Especially given the number of times the state government has used the NGV to promote its message. Part of the function of a state art gallery is to portray the state as cultured and reasonable even when they are cruel and destructive.

In 2005 a young artist, Lucas Maddock, navigated a boat made of salvaged scraps in the NGV’s moat to protest the Australian government’s treatment of refugees for a video work titled Refugee. The video was exhibited in an exhibition of VCA students’ work at the Margaret Lawrence Gallery. (See Art Right Now)

In 2012 street artist CDH’s Trojan Petition was dumped in the forecourt and taken inside the gallery for display. (See my post)

In 2017 Picasso’s Weeping Woman was covered with a black veil in a protest against Wilson Security. (See ABC News)  Also, in 2017, red dye was added to the water wall and moat in the campaign by artists again in protest against the NGV employing Wilson Security who “violently enforcing the imprisonment of refugees and people seeking asylum in Australia’s offshore immigration detention centres”.

No art was damaged in any of these protests, only the pride of the NGVs security.

Ivan Durrant is not an enfant terrible; he is not even a very naughty boy. Durrant is just another painter; often a photorealist painter, but one of the better ones who are interested in light, optics and death. The stories, the legends of blood, slaughter and a dead cow in the forecourt of the NGV on St. Kilda Road don’t describe the retrospective exhibition currently on at the NGV Australia.

The terrible publicity stunt that Durrant is best remembered for, dumping a dead cow in the forecourt of the NGV, resulted in him being fined $100 for littering, ordered to pay $157 in court costs (worth about $1705 in current value). It is the same penalty that was applied to Arlo Guthrie’s narrator in the song Alice’s Restaurant. So there is Arlo and Ivan sitting on bench W with all kinds of mean, nasty, ugly looking people who may not be moral enough to join the army.

The NGV wasn’t that upset with Durrant’s stunt and bought his Butcher shop three years later. For those who remember Durrant’s butcher shop when it was at the entrance to the NGV’s restaurant, to remind the diners.

Looking at the Butcher Shop and his other sculptural pieces again, I see that although the modelling of the meat is excellent, everything else lacks detail. The label and price on the severed hand package, the lack of signs on the butcher shop door or window, even the carpentry around the window is wrong.

Aside from four sculptural pieces, the rest of the exhibition is about paint and traditional themes for paintings: horse racing, football, the artist’s studio, landscapes, farms and animals. Even his paintings of butchered animals are part of a very traditional theme; from Pieter Aertsen’s Butcher’s Stall with the Flight into Egypt 1551 that features a cows head and other carcasses, Rembrandt’s Slaughtered Ox 1655 showing a butchered carcass to Soutine’s Carcass of Beef, 1925, riffing off Rembrandt.

The exhibition shows Durrant development as a painter from his early naive folk style paintings to his current series in saturated colours. Grouped in a series on the massive walls of the NGV Durant’s paintings show a bigger picture and a mind that is more subtle than shock and awe.

If you want to see art that upsets the established order, visit the Destiny Deacon exhibition on the ground floor.

The NGV was so empty that morning just after the reopening after the COVID-19 lockdown. A person played the cello in the foyer, welcoming the visitors back. Entry was by free timed-entry tickets, and there were hand-sanitiser stations on all levels.

A few thoughts about the history and aesthetics of artists making model buildings, shops, art galleries and other architecture in response to Callum Preston’s Milk Bar 2017.

In tracing the art history genealogy of similar installations we could look back to the pop artist Claus Oldenburg’s 1961 Store. Store was a pop-up gallery in a lower east side Manhattan shop front where he sold roughly painted and moulded plaster versions of products from undergarments to cakes and pastries. Or more recently to Barry McGee (aka Twist), Todd James (aka REAS) and Stephen Powers (aka ESPO)  bodega-inspired installation, Street Market 2000 that was exhibited at the 2001 Venice Biennale.

Looking at local examples a different aesthetic and intentions are apparent. In Ivan Durrant’s Butcher Shop (1977-1978) a butcher shop window display of dead animals that was on permanent exhibition next to the entrance to the NGV’s restaurant. Although the square, tiled front of the shop with a window and door wasn’t precisely detailed the window display was uncannily accurate and gross. 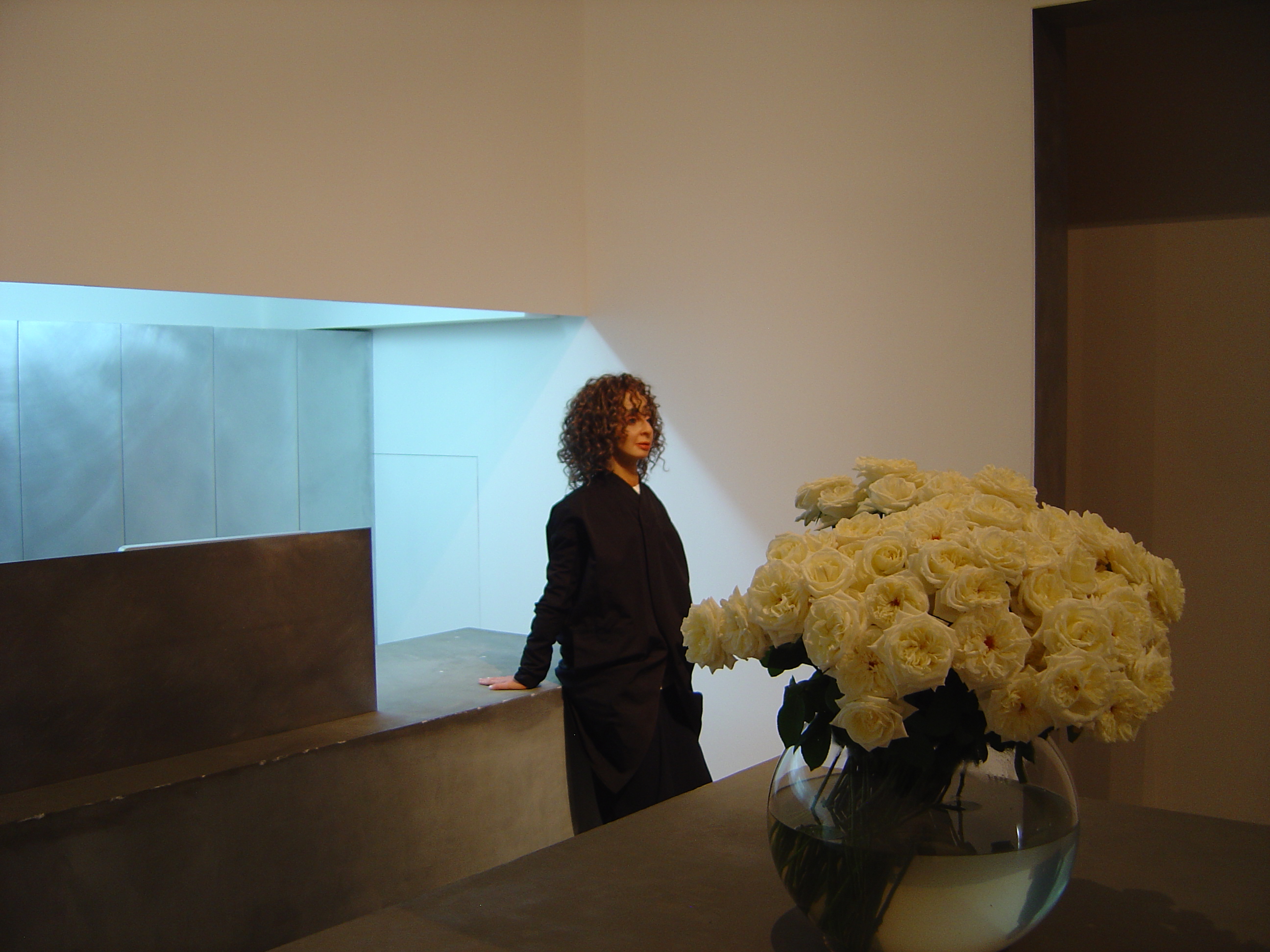 Callum Morton’s work Reception 2016, is a one to one replica of the reception foyer of Anna Schwartz Gallery on Flinders Lane was complete with an animatronic model of gallery director, Anna Schwartz. Entering the gallery and moving through the real foyer to the replica in the gallery was uncanny. It is similar in aesthetic and subject to Dan Moynihan’s Lost in Space 2013. Moynihan’s two-third scale replica of the outside and interior of Neon Parc gallery on Bourke Street built in the front gallery space at Gertrude Contemporary created a similar mood. Two-third scale is uncanny because although you can fit inside you know that you are too large to be comfortable. Like Morton, Moynihan’s work is about architecture and the uncanny feeling. There was no art in either model of the art galleries.

What Preston’s Milk Bar offers is comfortable nostalgia. It is not uncanny, the wooden versions of the familiar products are hand-painted and flat. Perhaps I should be considering it in relation to David Wadelton’s series of black and white photographs, Milk Bars of Melbourne 2010-2013 that documents the terminal decline of these shops.

All my examples are the work of male artists, this trend is even more obvious if you consider the male street artists, Goonhugs for example, making smaller models of shops and other buildings. I haven’t included the Hotham Street Ladies icing sugar models because their work was about interior decoration rather than architectural space or shops. At least the men are making models rather than groping models.